LifeWave’s sponsorship opportunities support a community of professional athletes and
inspirational people who harness the power of LifeWave to elevate their sports performance. 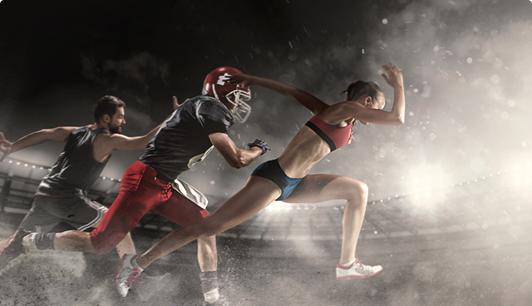 LifeWave patches have always been loved by athletes across the globe. In fact, why not check out our some of the sportspeople that have enjoyed using our patches throughout their careers HERE.

With so many professionals enjoying the benefits of LifeWave, we are know opening up applications to our LifeWave Athlete Program.

From Olympic Ski Medallists to Champion Riders, professional athletes have always been part of some exciting partnerships with LifeWave, and we are now ready to welcome some new sportspeople to the LifeWave family.

Once an application has been submitted, athletes will be selected for sponsorship based on their overall performance and fit with the LifeWave brand*.

We are excited for new great sports partnerships!

*Note: Limitations per sport/country will apply. No volume will be associated with any endorser orders. 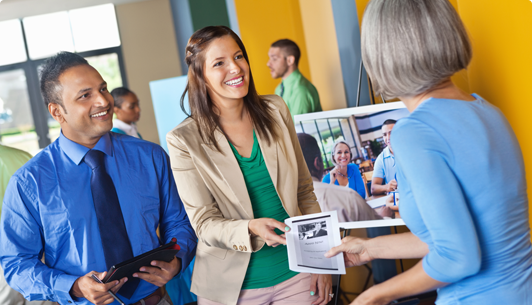 If you would like to submit a sponsorship proposal for an upcoming event, please send an email to marketing@lifewave.com detailing the following information:

We receive a large number of sponsorship proposals to consider from brand partners. All submissions are reviewed on a case-by-case basis.

Any information submitted will be treated confidentially. All requests will be reviewed by the LifeWave Corporate Marketing team. If your request is successful, a member of the corporate team will reach out to you to set up an arrangement.

LifeWave has long been featured in the international media. The company has featured across a multitude of print and online publications relating to health, beauty, and business. Below are just some of the major publications that have featured LifeWave in the past.

For any media related matters please contact our global marketing team department via email at
marketing@lifewave.com 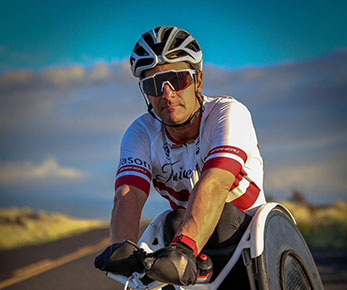 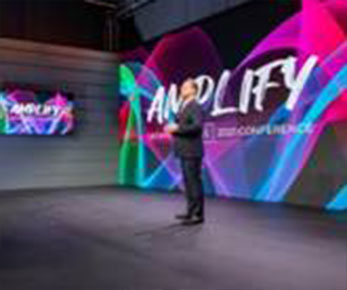 “I have been using Lifewave patches for about a year now. It helps me on and off the courts. I used the X39 and Energy Enhancer when I practice and play matches. It helps with my shoulder injury as it reduces the pain I have and give me extra mobility. The energy enhancer gives me extra energy and stamina when I am playing tournaments. When I travel, I like to use the Y-Age Glutathione because it supports my immune system especially during long flights. The Y-Age Glutathione also helps me to recover faster."

Aldila Sutjiadi is an Indonesian professional tennis player. She made her debut as a junior player in 2008, aged 13. Highlights of her junior career include winning the singles and doubles competition at the 2010 Indonesia International Junior Championships and reaching the doubles semi-finals of the Australian Open Junior Championships in 2012.

Sutjiadi debuted as a professional in 2010, aged 15, at an ITF Circuit tournament in Jakarta. She won the doubles competition at Solo in 2014, partnered by Nadia Ravita. She was part of the Indonesia Fed Cup team in 2013.

A highlight of her career was her medal winning performance at the 2015 Southeast Asian Games in Singapore, in which she won bronze in the team event and also in the women's doubles, partnered by Jessy Rompies.

"Hello, my name is Alessia Orla, I am a professional Triathlon athlete, I have been part of the Lifewave family for three years and I am happy with the results obtained. Also, this year I will be supported by you and for this I expect great results. Thanks, Lifewave and thanks Sport Power Patch.”

In Italy, Alessia Orla represents the clubs AS Torino Triathlon and RUN Torino.

In 2011, Orla also took part in the prestigious French Club Championship Series Lyonnaise des Eaux representing BriveLimousin. At the opening triathlon in Nice (24 April 2011), Orla placed 23rd and proved to be among the three triathlètesclassantsl'équipe, none of whom was French (Lucy Hall, Emma Davis, Alessia Orla). At the Triathlon de Dunkerque (22 May 2011), Orla placed 24th and was the best of her club.

“I have been using Lifewave patches for more than a year and I can say that it helps me a lot in my training as a performance athlete. The X39 patch is my friend when it comes to recovery for the next days of training and even when I manage to get injured. I noticed that the muscles recover much faster after a trauma if I use x39 and Glutathione from the first day.I am very pleased with the results I have seen all this time and continue to use them in my preparation for the Paris Olympics.”

Alin AlexandruFirfirică is a Romanian athlete specialising in the discus throw. In 2015 he won a gold medal at the 2015 European U23 Championships. Alin was one of the first Romanian athletes to achieve the qualification scale for the Tokyo Olympic Games. In September 2020, at a competition in Poland, Alin threw 67.32 meters.

The athlete was in great shape immediately taking 4th place at the World Championships in Doha (Qatar), with a throw of 66.46 meters. The end of the season and the postponement of the 2020 Olympic Games were not to his liking, but Alin Firfirică continues to dream that he can get on the podium in Tokyo in 2021.

“I wanted to thank you and congratulate LifeWave because the products are useful and incredibly effective. Initially, when I was told about the patches, I was hesitant and, I admit, a bit sceptical. After many years of sporting activity at high levels (I was in the WTA tennis world rankings - career interrupted by injury and resumed in Beach tennis) I had not heard of them.

My friend was so enthusiastic that she convinced me to do some training tests with Energy Enhancer and Carnosine. I immediately realized the effectiveness of these patches (I also used them in the June event which confirmed me as Italian champion) so much so that I wanted to deepen the experience through a path with Glutathione and then with the X39®.

I am really very satisfied, and I would recommend them not only to sportsmen, professionals or enthusiasts, but to everyone.”

"Through my regular application of the LifeWave patches Energy Enhancer, Y-Age Carnosine, X39 and Silent Nights (which I purchased myself!), my wellbeing and the overall state of my health have greatly improved.

From the ages 80 to 82, I have experienced a significant increase in my mental and physical self-healing capabilities through the catalytic effects of these patches - and it’s much more noticeable than in the years before.

I was pleasantly surprised when I noticed that I was able to recover and regenerate more quickly after strenuous and demanding training sessions. Through this, I could improve my performance training in such a way that I was able to win international ice speed skating competitions and become the world champion in my age group.

Silent Nights allowed me to keep my increased performance consistent and improve my wellbeing through deeper and more restful sleep (which is, after all, the most important regenerating power within the human body).

Carnosine further improved both my performance and my endurance levels. As an antioxidant, its importance cannot be overstated, since, especially as we age, it becomes increasingly difficult for us to produce it ourselves.

I was also very happy to realize that, even at the age of 82, my largest muscle groups (legs, back, shoulders and arms – all of which are responsible for the most important metabolic processes within the body), were regaining their strength. This enabled my metabolic rate, which normally decreases with age, to rise to a level I hadn’t seen since I was younger.”

"I first discovered LifeWave because I had pulled my shoulder cross-country skiing. A Facebook follower reached out and told me about LifeWave after seeing my post on social media. Fast forward a week and a half, I get these X39 patches in the mail that are the size of a quarter. I stick one on my arm, I wake up the next morning — all of the sudden, I've got less soreness in my shoulder. I'm like 'You've got to be kidding me; it's half gone!' Now I won't train or compete without it."

Fowler brings a lifetime of motivation and hard work to this role as spokesperson for the company. Following a motocross accident at the age of 17, Fowler was left paralyzed without the ability to use his legs. Naturally inclined towards athletic competition, he quickly found his way back into competitive athletics through the use of a racing wheelchair. With a dedicated training regimen, he began to compete in marathons and triathlons. He achieved his ultimate goal to compete in an Ironman Championship and went on to win his first in 2009. He repeated in 2016.

Fowler's story sets him apart as an inspirational figure for anyone who has fallen on trying times. His perseverance in the face of immense personal challenges has helped inspire countless individuals around the world to reignite their own beliefs as to what is possible. That also informs much of his current work as a high-performance coach for young adults and executives.

“I have been using Lifewave patches for over 1 year, on the tennis court, but also outside. I mostly use patches for energy, because I feel like I'm more energetic at matches, X39 whenever I have any muscle or other pain, as well as the Glutathione ones for the proper functioning of the body. I feel much better and I'm glad I have continuity in their use.”

Buzărnescu has a Ph.D. in sports science from the National University of Physical Education and Sport.

“I'm Rebecca Rudolf and I do professional ballet.It was a road full of accomplishments but also with many challenges. To get high in ballet requires many hours of training per week, focus, involvement, and perfection in every move.”

Ballet dancers must be dedicated and have the athletic endurance and stamina to maintain their careers through adolescence and adulthood. The competition to become a ballerina can be very tough; like other professional athletes, many try for positions that only a few can get.

In addition to impeccable fitness and skills, the requirements of a professional ballet dancer include the emotional strength to withstand competition and cope with stress. I am delighted that here I come to the aid of the Aeon phototherapeutic patch and as an athlete I consider it important to have an open mind for any method that helps me stay on top!”

“I have been using this product for almost a year and I really like it because it helps boosting my energy on the court. Also, helps me with my shoulder injury. Overall, LifeWave X39 and Energy Enhancer are my favourite.”

Search for your enroller by entering their LifeWave ID number, first or last name
Search Results
Selecting “Not for Resale” Shopping will clear your cart and reveal products that may not be resold.  To return to regular shopping click “Back to Shopping” under Products.
Continue

Please note, the name on the account does not match the credit card being used to complete this purchase of LifeWave product. To minimize risks of fraud and to remain compliant with the LifeWave policies and procedures, we ask that the LifeWave account holder use their own credit card to purchase products on their own account. By clicking "I accept", you understand that LifeWave may choose to contact you regarding this order and could reject this transaction if we, in our sole discretion, feel the intent was to circumvent our compensation plan in any way. If the credit card belongs to the account holder you may ignore this message, however, we still ask that you accept the terms and conditions to proceed.

I accept and agree to the Policies and Procedures